A dog was rescued after lying on concrete for a long time. He was in bad shape when his rescuer saw him. He was a stray dog with a bad health condition. The dog’s name was Roman, and his rescuer was Friis.

Roman was a deaf dog, but luckily, Friis was able to communicate with him. He was a very adaptive and cooperative dog. He had various illnesses due to his unhealthy life before the rescue. Roman desperately needed medical attention, especially that he had swollen skin and teeth problems. The poor dog also had worm and yeast infections. These conditions were undeniable in his appearance. As Roman took medications, he gradually healed, and his fur began to grow again.

Roman and Friis bonded well together right away. Friis and the other animals were the only families that Roman had. He loved them truly. When the right time came, Roman was transferred to his forever family.

There was a couple who also adopted Roman permanently after he lived in his first forever family. Roman was cheerful when he visited his foster parent Friis. He kissed him as if there was no tomorrow anymore.

Roman was very grateful to Friis in giving him a second chance to live. God will indeed use people to help and bless others. The inspiring story of Roman and Fris was a living testimony about it. There were so many Dogs like Roman out there who needed help, love, and attention. The people who were passionate about rescuing dogs were amazing! They considered reviving an abused dog a fulfilling job.

It was a gratifying task when you were able to help a dog even in your own little way. Dogs were always selfless and loving. They could even sacrifice their own lives to save their loved ones. 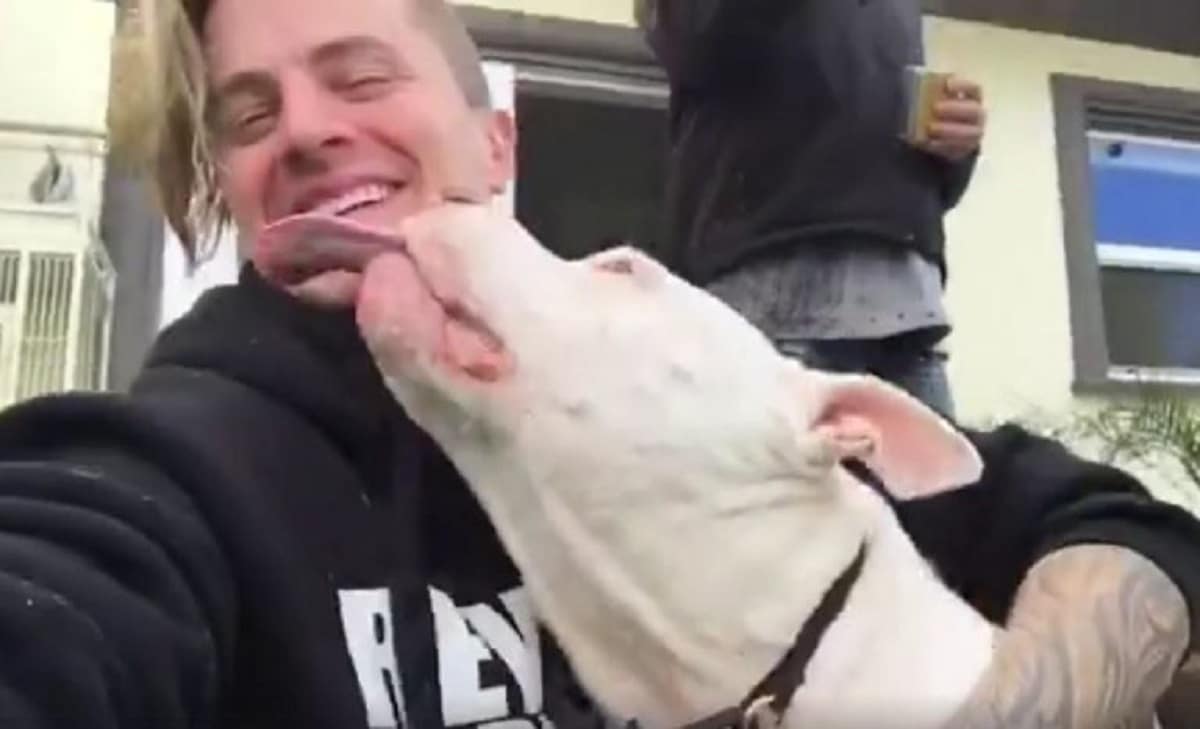 Just take a look at Romans Progress in this Video

Back at it with my man Roman! Still a little sick so another vet visit, trying to work on his teeth this week and then neuter. Busy week ahead but always a great start when with this beautiful guy! #ReversedRescue

Parker is an avid Dog Lover and writes with a passion about these wonderful animals. Don't miss the next exciting Dog Blog post from Parker Brooks

Our website is made possible by displaying online advertisements to our visitors. Please consider supporting us by disabling your ad blocker.